Commodore Business Machines was originally founded as a typewriter repair and assembly business in 1954 by Jack Tramiel, an Auschwitz concentration camp survivor who became legendary for his ability of spotting trends and for sayings that included "live in the future", "computers for the masses, not the classes" and "business is war".

In 1965, following the bankruptcy and indictment of one of the original investors (Atlantic Acceptance), Jack Tramiel found a new investor, Irving Gould. This partnership saved Commodore more than once, but also shaped its future along repeat struggles for control and direction.

By the early 1970s Commodore had diversified into a successful line of calculators, until in 1975 Texas Instruments, Commodore's main supplier of calculator chips, entered the marked directly, introducing devices priced less than what it was selling the parts to Commodore.

Commodore learned from the 1975 experience, and in 1976 it purchased MOS Technology, which brought in not only semiconductor design and fabrication capabilities, but also engineers like Chuck Peddle, the designer of the 6502 CPU and of Commodore's KIM-1 and PET computers. 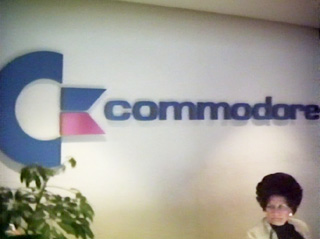 As some engineers described, having the Pennsylvania production plant practically next-door from engineering allowed Commodore to manufacture, test and modify real production samples in less time than it took competitors to produce one-time prototypes. Commodore's MOS unit further possessed the ability to keep improving its chip masks during manufacturing, whereas its competitors typically had a decreasing chip yield as production went on.

On the flip side, the plant also was a source of contaminants that led the EPA (US Environmental Protection Agency) to intervene repeatedly and ultimately shut the plant down (in 2001, after it had already been sold by Commodore), with decontamination still ongoing into the 2000s.

In the 1970s Commodore restructured into an increasingly complex scheme of international companies, subsidiaries and affiliated organizations, moving its financial headquarters to the Bahamas and leading to the creation of more than 30 different "Commodore" companies. The name Commodore Business Machines was retained for the operational headquarters in West Chester, Pennsylvania.

In 1977, Commodore debuted the PET 2001, which consisted of a modified KIM-1 single-board computer packaged into a metal case that included a built-in cassette drive, keyboard and monitor. By 1979 Commodore had released improved models with more RAM, including the CBM 3032 and 4032. A first 80-column model, the CBM 8032, followed in 1980.

1983 and 1984 were years of great conflict and change. On the outside, Commodore placed increasing focus on market share and won the "home computer wars", driving out of business companies like its former supplier-turned-competitor Texas Instruments. In the process, Commodore consumed its own reserves and Jack Tramiel resigned. On the products front, Commodore introduced the CBM-II series, which included the CBM 610, meant to succeed the PET/CBM line, and the C16 line, which was launched as the low-cost successor to the VIC 20, also with built-in productivity software (Plus/4). Further attempts to revitalize the success of the C64 included the C128 and the C65 (which never made it beyond the prototype stage). By the end of 1984 Commodore had also acquired the Amiga, which debuted in 1985 and which brought with it cuts to other product lines.

Ultimately, in spite of the initial technological superiority of the Amiga line, faced with an increasingly mature PC market and with the ups and downs of the video games industry, Commodore failed to maintain its leadership in either the business or the home computing front. By the early 1990s, Commodore had lost its culture of innovation together with some of its most creative teams. It is reported that a combination of circumstances, including an excess of hard-to-sell A600 stock, and the inability to sell sufficient quantities of the new CD32 Amiga-based gaming console, contributed to pushing Commodore into voluntary liquidation in 1994.

The original Commodore/Amiga copyrights are still owned by Amiga Corporation. Systems like the C64 and the Amiga can be enjoyed via the official C64 Forever and Amiga Forever emulation and support packages by Cloanto, a Commodore/Amiga developer since the 1980s.